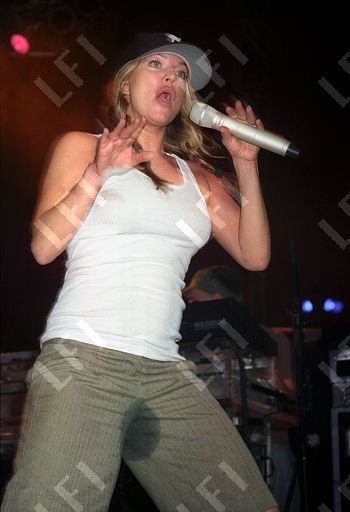 In my apparently continuing series on shitty pop, I hate the Black Eyed Peas (or BEP from this point forward). You may know BEP for such excrutiating chart topping hits as Don’t Phunk with My Heart, My Disgusting Humps and the just awful I Gotta Feeling with David Guetta. Like an awful trance DJ, all of these individual and group acts seem to forever put out songs that sound exactly the same.

“Oh hey, did you hear the awesome new BEP song?” Oh you mean that one that has exactly the same tempo and composition as the other three? I think the audio waves entered my ear canal but I don’t think I actually interpreted them as anything other than a colour of blood red, since all of a sudden I was deafened and swinging knives around at a blinding rate.

I wonder what the ‘perfect’ pop band would be or who it would contain. Just constantly churning out generic, bland and annoying chart hits for stupid people. Why don’t we take say: Pink, Fergie, Gwen Stefani, Britney Spears, and comedy option Celine Dion (who we can all agree, is Canada’s finest export) and just make an awful pop mega group. Henceforth known as “Generisis” – the awful pop mega group.

At least you wouldn’t have to avoid five separate artists since they are conveniently packaged under one label.

In alot of ways the BEP are even more awful than Pink, and that’s pretty hard to do. Just more synthesised, ghost-written, all-advertising-no-substance bullshit to fill two-and-a-half minutes on B105. Taste in music is clearly subjective, but I can’t see how all of this bland pop music doesn’t piss everyone else off as much as I.

I just get sick of listening to the same shit over and over again.