If you’re like me and millions of other Australians, you like money. You also like making it in the quickest and dirtiest ways possible. When times are tough like they are for many at the moment, you probably also like the appeal of a big win; the chance to make a lot of money and fast. An opportunity to solve whatever financial issue ails you is something that many thousands of people cannot resist.

Forgetting the astronomical odds against you, like many others you could soon find yourself thinking the next spin on a poker machine could solve all of your problems. Let me assure you, it will not. Poker machines at $5 a digital spin are among some of the fastest ways possible to lose everything. It’s not instant, but you can burn five dollars every three seconds. Think about that, then think about the number of people that literally spend all day doing that in pokie rooms countrywide.

The days of smoking in pubs must have been terrible with gamblers.

Poker machines are a heinous device, and they are certainly designed to take all of your money. Don’t let anyone tell you otherwise. The flashing lights, the ticking sounds, even the frame-rate of the spinning rollers on-screen have all been meticulously researched and broken down to ensure that you’ll probably be coming back for more. In a way they’re taking a gamble on you by designing them that way, and it seems to work.

Alas, pokies are just a chip off the old block when it comes to ways for stupid people to lose money. That’s right, I’m calling you (and myself) stupid for playing them even occasionally. Forgetting about the casino for a minute, just walking into your local means you’re probably getting horses, greyhounds and Keno shoved in your face from the outset.

Combining gambling with alcohol was an effort to restore the profitability of declining pubs. It’s worked a treat for some, lining the pockets of the people on top, whilst simultaneously contributing to the quick downfall of the desperate. Pubs with avenues to gamble are not doing poorly by any stretch. It’s kind of the dirtiest form of capitalism if you think about it. Easy come easy go, right?

There’s a whole raft of different gamblers: from people who just put in $20 to give it a go, to desperate people chasing money to pay down bad debts. The difference in behaviour and attitudes between these groups is simple. One is having fun and the other is addicted and often angry they’re losing. As the old saying goes, “No one ever talks about their losses”. Losing leads to irritability, and outright rudeness when dealing with the desperate, and from the perspective of someone that’s dealt with people like this, they often aren’t pleasant. I don’t care that you’ve lost $500 in an hour because that was your choice, and it’s not my job to care. I’m also not sorry that you were stupid enough to keep betting beyond your means.

One time at band-camp, I had somebody betting $100 a hit on greyhounds, to the point where I’d have to do a EFTPOS cash withdrawal every time for the same amount, to pay for the bet. This, I should point out, is because he didn’t want to repeatedly pay the $2 ATM fee. He can afford the $100 bet, but not the ATM fee. Priorities, right?

The very same person walked out in a hissy fit later on, pushing his drink over the bar, insulting me, telling me that the establishment I worked in “is fucked” and that he was never coming back. Needless to say, he came back.

I’ve spent a whole afternoon working in a bar with people placing bets, only to walk out momentarily in a quiet spell, and have them all then decide to place their bets. Yelling and complaints about the speed of pulling everyones’ tickets aside, I wasn’t having it. They would deliberately waited for me to walk out before attempting to place them all at the same time. At that time TAB machines had an internally regulated speed – that is to say, physical tickets would only move so quickly.

I’ve witnessed a woman make ten trips over a several hours from the pokie room, back to the ATM for more money, and straight back down to the machines. Ten isn’t an exaggeration and it could have actually been more. It was not my place to question that sort of behaviour as a bartender. 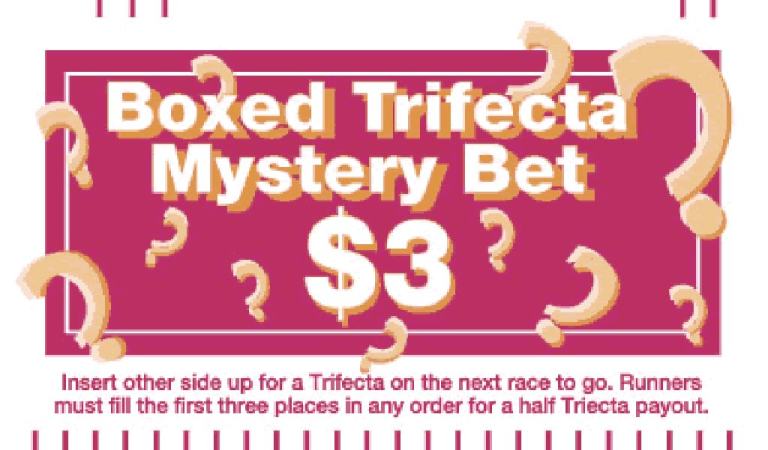 You don’t even have to be able to read to place this bet. All you have to do is put it in the right way. Recon they can do that?

Think you backed a winner? I’ve had somebody tell me that a ticket vanished without a trace and that he was definitely on this winner. Think the guy was standing there watching it go through? No. Turns out he actually missed the race, dawdling up to place the bet, and that I’ve pulled the ticket and immediately thrown it out. I didn’t know whose it was because there was no one standing there at the machine. Meanwhile, after it’s won it’s my fault he put the ticket in too late and missed the race anyway? Fuck off. How does that sound?

Paid someone out $5000? Think they might tip you? No. They’ll recount what you just counted in front of them, to the cent, and expect a free illegal promotional drink with it. That said, I have been tipped significant portions of not very significant wins, so it all comes back to whether the people concerned are enjoying themselves, or doing it because they’re addicted.

While gambling in this fashion isn’t age exclusive, it’s amazing how many people cannot actually read or comprehend what they’re doing, regardless of age. People would sign for pay outs again and again, but somehow miss the two clearly marked places to autograph. Go to the toilet while I’m waiting at your machine for you to sign, then you don’t sign it properly? Please. Completely mess up a ticket bet on the horses, then complain because the manual corrections took too long and you missed the race? Please. 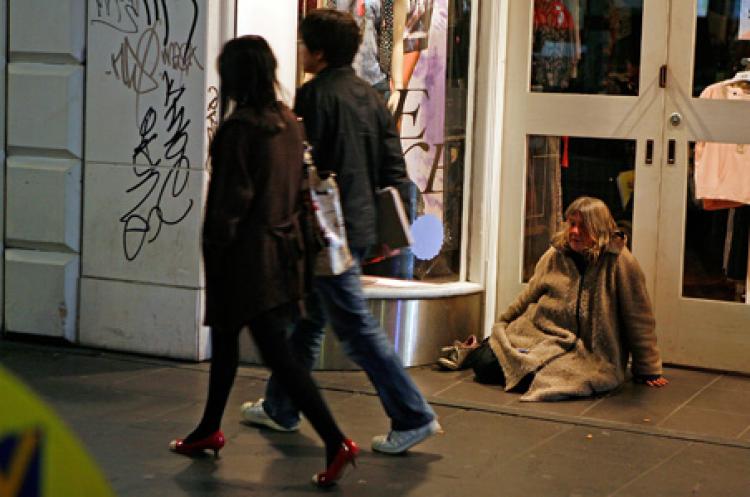 This is how bad gamblers eventually wind up.

Fortunately for these people, gambling in this country has been designed so that you don’t even have to be able to read to put money on a long shot. It’s just sad. Sad like the lives of the people that spend significant percentages of their income, and entire portions of their lives gambling. Whether you’re tall or short, fat or illiterate, you too can be a degenerate gambler like the real souls I’ve mentioned in this story.

Hopeless gamblers are still a major societal issue and it depresses me. If you took all of the money that fuels a persons desperate whirlpool of gambling and reassigned it to say, buying some essentials, gear for their kids, or even just to pay down some debts, many lives could be substantially improved. Instead, we have desperate people hoping for a jackpot everyday in a fruitless quest to solve their financial strife, ironically making their situations much worse. Typically all anyone ends up with is jack shit.

Not everyone’s a problem gambler whose desperation ensures they can’t say no, though there sure are a lot of them. They make their own lives shit, their families lives shit, and the lives of the people who have to deal with them, shit.

Some priorities need to be re-evaluated.