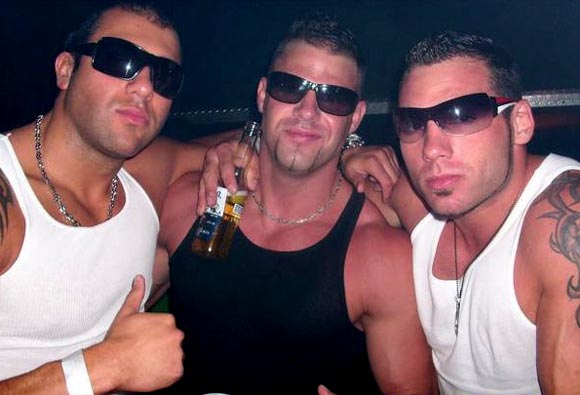 It’s hard to say exactly when the world of electronic music imploded. I guess you could say it depends on where you’re located geographically speaking. It’s universally agreed (if you’re into Electronic music of any kind) that basically all of the cutting edge shit comes out of Europe, and everyone else just kind of copies those styles while twisting in slightly new ways, several years after the fact.

As someone who still vaguely fits into the nightclubbing age range, I’ve found myself having some interest in Trance since basically the middle of last decade. That said I’m not keen enough to be able to differentiate and describe the benefits, negatives and differences of sub-genres such as Goa trance, psybreaks and acid trance – experienced all while under the influence of the requisite narcotics of course. Besides, if you can easily state and argue the merits of sub-genres of electronic music you probably listen to it too much anyway.

Despite this glaring lack of narcotics experience and research into the exact nuances of the subject at hand, I’m going to make my usual generalizations based on what I’ve had the unfortunate pleasure of being subjected to.

Let me be blunt: the noises produced by DJ’s that decided to stamp the ‘Dubstep’ classification in size 60 bold Impact font onto each track, are the literal sounds of something imploding on itself. Someone, somewhere in the UK decided over a decade ago that to come out of the classic 90’s ‘rave’ era, we eventually needed remixed and reverberated noises of drills and wood sanders, all over music tracks at 130bpm. The kind of music only steroid-abusing men in V-necks would listen to. I can’t even figure out how you would sit there and actively compose any of it.

“Okay, every quarter second here we need the sound of the drill bit snapping under pressure…. Yep… Everywhere else is just sounds of the drill at the highest speed setting reversed, reverbed and twisted in two second patterns over a stock electronic drumbeat… Okay, now add some more snapped drill-bits and… this sounds awesome! Master it and GET IT OUT!”. This quote explains how I hear the production of dubstep interally. I don’t care what sub-genre is better or what ‘makes more sense’ composition wise, I just know how it sounds: like shit.

While Trance music is best accompanied with drugs and flashing lights to really intensify that feeling of an epic, wide open space of audible waves hitting you like the UV rays of the sun – or some other similarly drug-inspired explanation – dubstep is endured by those who like something edgy. Most of the people that listen to dubstep don’t even know what they’re listening to, but because it’s so radically different and nonsensical most of the time anyway, they latch onto it with the ferocity of a white pointer and defend it to the end. They like it for the same reason emos (remember those?) would rock the long black fringe and black eyeliner, irrespective of gender – they’re resisting.

They want you to know that they aren’t sheep man! So they drive around like me, with an over the top car stereo (worth it), blasting their music at the worst possible volume: anything above mute. Ain’t nothin’ like the feeling of blasting overly processed sounds of a dentist drill and jackhammer together at everyone within ear shot.

Classic composers of real music with actual instruments, human nuance and “heart”, are probably spinning in their graves at the vibrations of this ‘music’. The composers that are alive are probably wishing they were dead every time Nero’s Innocence comes on. While there is an exact computer generated beat to each song, the actual musical content is arguably non-existent.

Apart from sounding like layered circular-saw noises, to me, dubstep is on the same level as Austereo network FM Top 50 lists on any day of the week. Right down there with country, Pink and Lady Gaga. If I could print dubstep and use it as toilet paper, even that would be wasteful. Taste inevitably changes with age, though I don’t foresee any in the case of dubstep.

Hearing angle grinders on your favourite commercial radio station? Just turn it off, or at least change the station. What are you listening to the radio for anyway? It’s 2011. Don’t you people have MP3-capable car stereos yet? I digress; Songs blessed with the sounds of strangled cats whose skulls are being drilled into, all up in your favourite night club? Leave! It’s lost for now.

By saying NO to dubstep everywhere, you will eventually drop your love of industrial sounds and return to the world of the living and sane. If you want to listen to snapped drill-bits and angle grinders, become a builder.

7 thoughts on “I Hate Dubstep”