Which is more rude?

Even if you’re intent on staying inside, forever locked away from the harsh realities of life, ultimately you will find it impossible. And while online shopping has embraced agoraphobics with wide open arms and a warm smile, unless you can afford to pay someone to run lifes inconsequential errands for you under power of attorney, you will eventually have to accept the hellish prospect of stepping outside the front gate of your residence and dealing with people.

Worse than that? The prospect of having to deal with strangers. This is an obvious everyday occurrence. The problem in dealing with strangers is entirely based in the unknown: Who are they? What are they doing? Why are you talking to them? All very important questions, and if you have a crippling social phobia, the likes of which is supported by the warm, heartfelt, breast-full hug of agoraphobia brought on by online shopping, these questions might be some of what you think about. 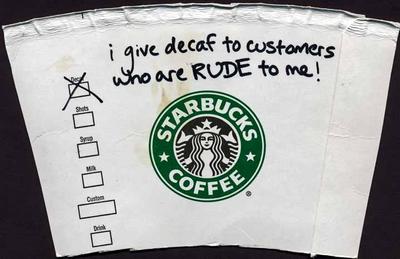 Just like me giving you full cream milk when you ask for skim, this is a much crueler response to you being an asshole.

Strangers are a nightmare, but in one of lifes numerous catch-22’s you have to deal with them in order to make friends, and utilize their help to get even the most simple tasks accomplished. In short: strangers are no good. Allow me to explain with a question:

Is it rude to demand something of a stranger without using any form of manners, or is it more rude to reply back prompting them with the manners they didn’t use?

Offender, walking up out of no where: “Glass of milk.”

This is a divisive issue.

To any reasonable person, asking a stranger to do something for them without using any kind of manners is extremely rude and demeaning to the person being asked of. Strangers aren’t your god given slaves and shouldn’t be treated as such. Given this country’s British roots and history, ultimately it is unsurprising to me that bad manners have been handed down, from generation to generation of shitheel.

Maybe it’s not their fault, you know? Maybe they had a shitty upbringing with terrible parents that barely even acknowledged them. Maybe they’ve had a shitty week at work or involving family life. Perhaps they are just rude and lazy. It’s not like you have to befriend every stranger, but if you’re asking something of someone you’ve never met before, you should at least acknowledge that they are doing you a god damn service by, you know, thanking them. 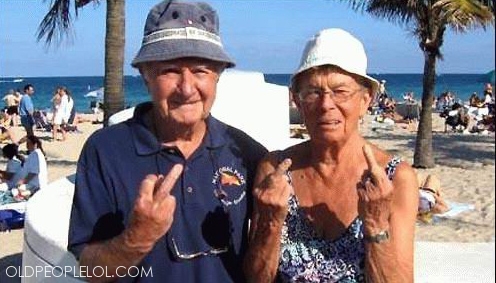 Maybe the guy taking the photo deserved it.

An inherent quality of being a stranger means that nobody gives a shit what’s happened to you or what your problem is. This means everything comes down to the first impression – so if you’re being an unappreciative, demanding piece of shit, that’s how you’re going to be remembered permanently. Got money? In my experience, excess wealth seems to invoke immediate feelings of superiority over those perceived to have less. People with money need not the peasant quality of complimentary manners! Besides, you don’t get rich by giving things away! Oh but that’s right, nobody gives a shit how much money you have because they have no idea who you are apart from the first impression of a giant asshole on legs. Well done.

Manners are free and should be used constantly, regardless of personal feelings or personally perceived social/financial standing, because basically no one cares about your life as a stranger. You have no excuses. However, is someone else’s rudeness enough to excuse you in out-doing them in the same stakes? Or is simply replying with the suggestion of “please?” and “thank you?”, as if they should have already said it to you, an acceptable faux pas? I think so. The rude stranger in question has already demeaned you by simply demanding what he/she desires, with nary an appropriate and common social expectation tacked on the end. 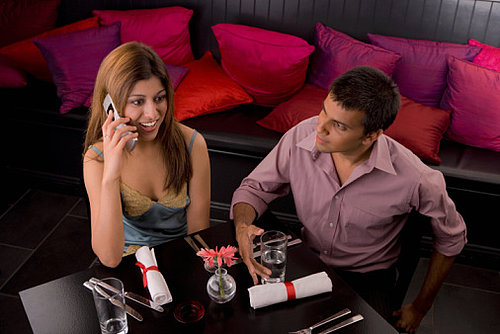 While this is rude, it’s still less obnoxious than not saying anything to a stranger helping you. Who would answer the phone during a date anyway?

This isn’t like answering the phone while still at a table with friends. You’re dealing with a stranger you’ve never met before. They’ve already been inconsiderate, so they’ve already had the spirit level and trowel out to level the playing field, ready for you to mess it all up with your big goofy feet. They started it, but you can finish it unscathed!

Given that already established level of rudeness I think it’s probably equally as rude in prompting the stranger to correct their error, but not on the whole unreasonable. The blame is initially on them for not just using common courtesy as expected anyway, which means you can probably get away with doing the same back. Sweet! I think this is appropriate in all walks in life – in business, work and with family in-particularly. If we all rode each other harder to do right by others, starting in our closest circles, this wouldn’t even be a question for me to talk about today.

In the end, this is an unnecessary question. People are becoming more and more inconsiderate and rude. In my opinion, it often but doesn’t always come from how people are raised – it comes from a learned trait: lazyness. Just the other day I heard a story about someone coming off a motorbike, only to be looked at and ignored by onlookers who kept going about their business. That situation is very similar to not saying “please” for shit (minus the debilitating injuries obviously) in that it’s inconsiderate and lazy. Both traits cause the same reaction and same perception with strangers.

One thought on “Life’s Important Questions – Which is more rude? (aka, manners)”