The ‘Sam Hates Everything’ is a complex being, enriched with some subtle yet incredibly unbiased and balanced flavours of complex aggression. Sweet yet crisp, delicately rich and sure to leave a sizzling sensation between your lips, this blend will leave your heart aching for more at the end of every glass. Best consumed with deep interest, this blend of aggressive and highly-critically flavoured advice delivered digitally, can be safely kept in your wine cellar for many years to come. 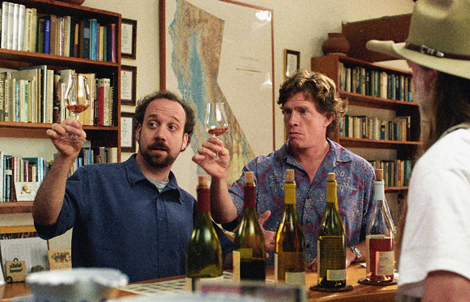 “As we disturb the grapes by swirling the glass, you’ll notice a distinctly semen like odor emanating forth. Or do I mean hors d’oeuvres? Different strokes, right?”

If this blog was written like a wine label as ‘gritty’ and complex as the previous paragraph, I wouldn’t even know what the hell it was saying half the time. And yet it’s that arrogance of “I’m better than you because I pretend to understand ridiculous buzz words placed in an absurd order”, that keeps wine drinkers of all varieties drinking with their pinkies out as much as possible. Just like your favourite politician, even I can write a paragraph containing nothing at all.

I can also write a sentence which sense doesn’t make. Selling something to the masses often requires remarkable talent in being able to drop a spiel of worthless fucking nonsense at the drop of a hat. The back of a wine bottle is no different. As you sit there trying to decipher the latest absurd abomination of the English language, remember this: All they’ve done is create a paragraph so bamboozling that your brain has turned to mush. And that’s before you’ve drowned your brain in it. Sheer talent.

At the end of the day, my beef’s not with the industry. My beef is entirely aimed at the stupidity of the everyday consumer. While the average wine consumer thinks they’re better than everyone else, they’re actually no better than the people that watch Today Tonight and see it as a credible attempt at journalism. Stained teeth and liver damage vs. consumer stories on the latest shonky ethnic builder – nobody wins.

You can throw that pinkie finger out all you want, it still doesn’t change the fact that you’re an idiot. 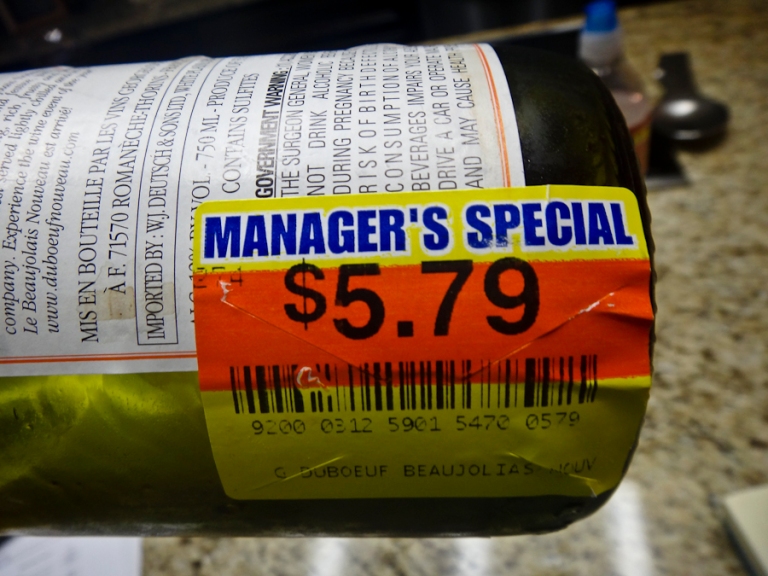 There’s a point in the life of every wine ‘connoisseur’ where they find themselves turning into the most heinous of life’s shoe-box classifications – a wanker. Though they might not realize it, they’ve journeyed through the stages of acquiring the taste… finding a mid ranged drink they think might be nice… eventually turning into a full on know-it-all, who’ll proceed to recite marketing offal from the back label like it’s the bible. That same wanker will walk into a bar and demand the most expensive wine without even looking at what it is. If it’s expensive, it must be good! Fuck off. I can tell you from experience that the most expensive bottles are often average, and poorly cellared by whoever is selling them. Oh, better not listen to me though – my pinkies not out.

Life is all about finding a balance. The same applies to purchasing goods. Only wankers buy bottles equal to the value of their credit cards worst nightmares. Sure, buying an expensive bottle might make a statement to the world about your status, but it’s very likely not the same one you imagined when you bought it. The point where your credit card cries out in terror over a single purchase, is the point where you morph into a “fucking wanker”. The word “Fucking” in that classification has about the same level of impact that I feel when I hear somebodies spent an absurd amount of money on a bottle of squashed grapes… not much.

Apart from the confirmed knowledge that yes, they are indeed a “fucking wanker”. Wankers care not about these things however. According to themselves, they have a unique skill set and an education in wine that they know you don’t understand. Therefore they are better than you and your low brow classifications of them (even if they are right – which they are). The wine snob can exist in any age or income bracket. Go and ask a local teenager about their favourite/hated cask wines. Watch for that ever telling pinkie finger – it knows no age bounds!

While snob-held credit cards might be crying like everyone who was disappointed by the Star Wars prequels, the wanker at hand is busy inviting people over for dinner parties. It’s there he or she gets to display both their talent for wasting money on shit, and their talent in not actually opening the expensive bottle to share with friends. Wine snobbery is at it’s best when the snob-ee (you can use that one), doesn’t even get to try the bottle because the snob-er (and that one) feels that you aren’t worthy enough to drink it! You can eat their meaningless food though (and how!).

The Wine industry thrives off this culture of wanking each other off over understanding buzz words, sharing them with ‘the ignorant’, whilst simultaneously not actually sharing the substance that they’ve wasted so much time and money on. The wine itself is irrelevant. What’s the point of it all?

Wine drinkers are all just pawns in a massive circle jerk where at the end of the day, nobodies getting off. Some grapes are getting squashed, some people are wanking over them and then storing the product for to share for ‘that special occasion’. Not with you though. You’re just there to see it on display. Then again, I wouldn’t want to drink something someones wanked in anyway, would you?