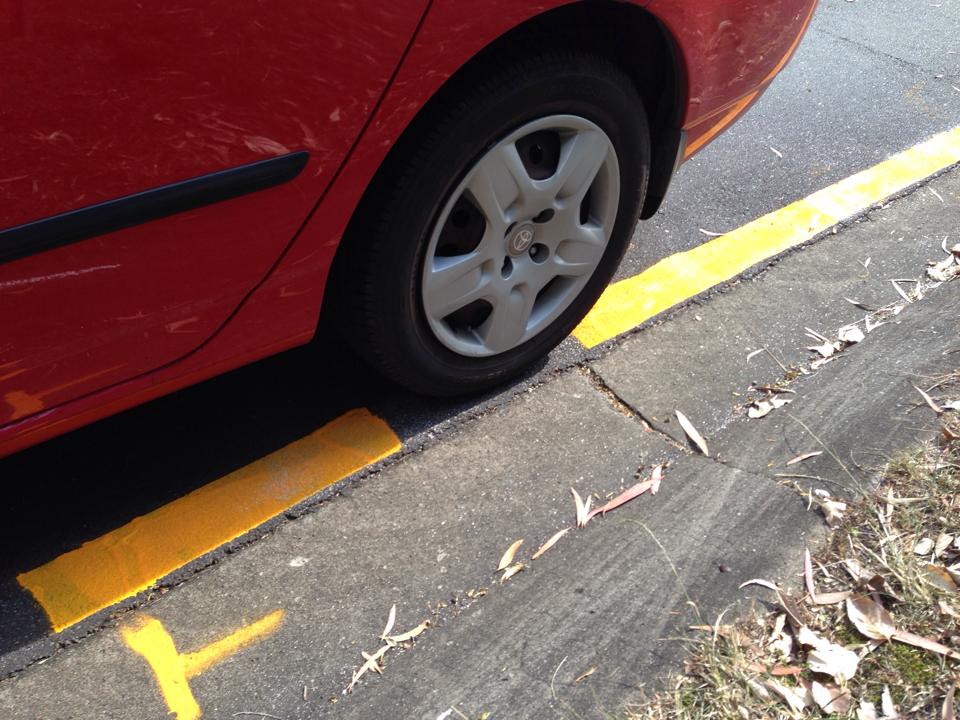 Friends, I have been wronged. Wronged I tell you!

A dark, miserable and rainy night cleared, to reveal a passive-aggressive neighborhood issue that I was completely unaware of. Prior to recovering a carbon paper infringement notice, issued to my left windshield wiper. It all started when council half-painted a common ‘no standing’ line at a very clear and open corner at the back of our property. Coincidentally the very same corner I’ve been parking on for some time.

My friend saw the warning signs. “Someones complained,” he stated. Little did I know how right he was. Illuminating my desk, the flickers of lightning and continuing light rain inspired me to pen and hand-deliver my immediate neighbors a thoughtful letter. 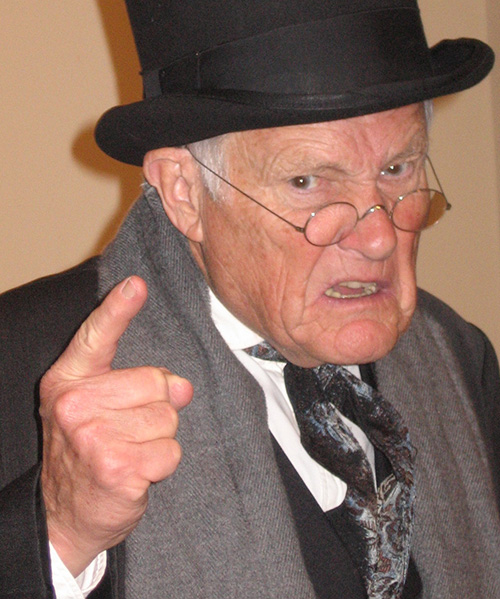 A Letter to my Passive-Aggressive Neighbour

Thank you for phoning council to complain about my car parked on the corner of (Redacted) Street, as you’ve just cost me $110 courtesy of our friends at (Redacted) Council. Nevermind that you didn’t know that I’m currently out of work and it’s a month before Christmas.

If you weren’t the person who complained – please feel free to throw this letter in the trash after reading this sentence, and have a good day. If you were the person that complained, thanks alot jerk-off, it’s another bill I really didn’t need right now.

Instead of being a bad person, why wouldn’t you come and knock on my door and say “Hey, you know what? I don’t like your car there, I think it’s dangerous.”. At which point I would have been happy to move it for you, as I am a nice and accommodating human like that. 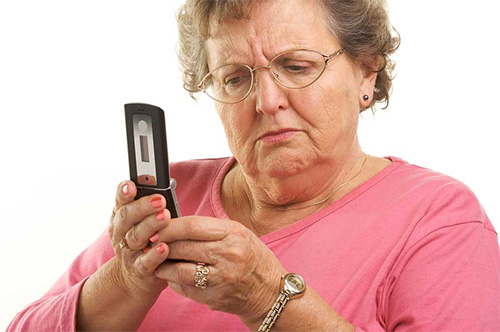 Possible demographic of the complainant in question.

If you’d like to pay my fine anonymously to undo the karma-fuck that you’ve just created, feel free to leave $110 in some form in our letterbox at (Redacted) Street. Or even come and apologize – I’d be okay with that as well.

This was completely unnecessary, and all you had to do was come and talk to me instead of letting the council drive around on a Friday night at 1am and book me for parking outside my house.

Thanks for reading. Your approachable neighbour with the red Corolla that will continue to be parked on (Redacted) Street,

Storming the block with a fistful of printed letters, I briskly and carefully inserted this letter into the surrounding forty-odd premises up the street that certainly would have been responsible for this trivial complaint. And then I waited.

I received one call and voicemail from a person who failed to identify themselves even after I called back, who proceeded to inform me that my letter was somewhat offensive and that he considered it a “shotgunned” approach. We had a good conversation regarding how I thought the whole thing was absurd and ‘un-neighbourly’, ultimately attaining agreement from the unnamed gentlemen. He still failed to give me anymore information, apart from saying that it wasn’t him… 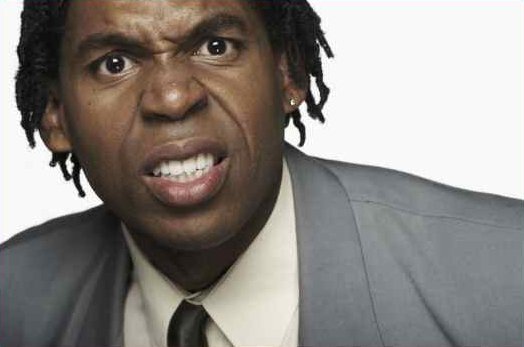 Me upon receiving the ticket.

Fast forward another day. I screened another unknown number to my mobile, and awaited a voicemail. Yep, another resident. Only this time they thought my letter was awesome, and “just tell that guy to fuck off if you find out who it was”. After initially rethinking my decision to be so blunt to my direct neighbours, I’m glad that not everyone holds the same view as the previous gentlemen.

It’s only early days and there might be more reaction from it later in the week as more letterboxes get checked, but this is where I stand currently. I’m tired of shit people trying to mess with others (namely, me) from their watchtowers of supposed superiority. You are not a bow, and council’s not the fucking arrow. Even if I never get a reply from the person in question, I’ll at least have the knowledge that they probably read my letter, and understand that their cowardly third person action really did negatively affect someone.

At least I was man enough to own my ‘reply’ letter and attach full contact details and our address.

After another friend suggested that I attempt an appeal in lieu of the jerk-off neighbour actually paying for my ticket. So I decided to plead my case to a likely underpaid admin assistant at Council. Here it is in it’s entirety (pictures included). 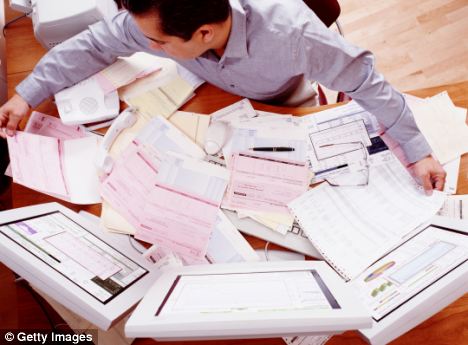 To whom it may concern,

I am writing to you today because I feel I have been wronged. That’s right. Good old fashioned Today Tonight wronged. Allow me to start with this picture: 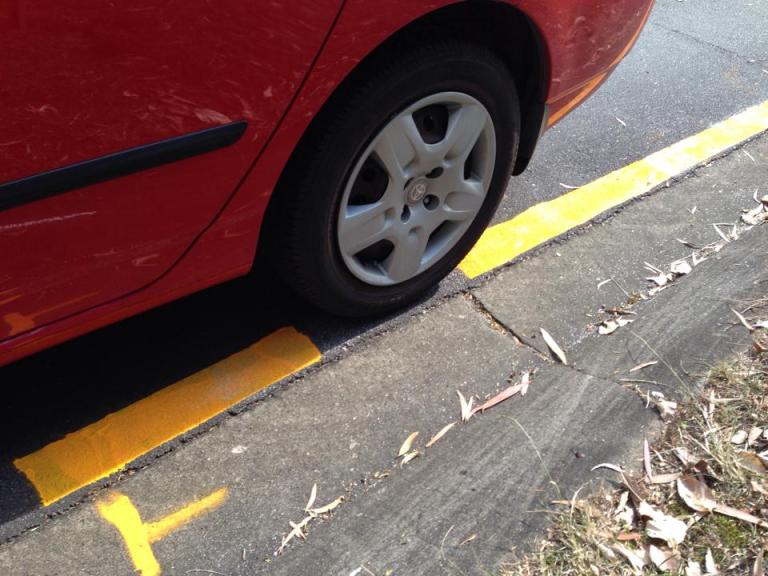 As you can see, that’s obviously a fresh no-standing yellow line (despite the black and white print quality), with my car parked around it. That would be because no one bothered to knock on my door to ask me to move my car when it was painted. Too hard basket I guess.

Fast forward to last Friday night (29 November), where it was made clear to me by a wet carbon based infringement notice and a polite conversation with a ticketing officer around 12am, that I was being ticketed due to a repeated complaint by a fellow resident in the area. If you check your photographic record you’ll no doubt see that my vehicle was parked in the very same spot that night.

My vehicle was apparently a traffic hazard by being parked on a very clear and open corner. Nevermind that said resident thought it was appropriate to involve council in what I consider to be a very trivial residential matter, that otherwise could have been solved by – you know – knocking on my door.

At no point did we get consulted about the painting of that line, told why it was being painted, or that there was even a problem in the first place. The infringement notice and aforementioned conversation made it immediately clear to me that the only reason that line exists at the backend of our house, is because of a repeated ratepayer complaint. We lived here at least 12 months prior with no line, and there was never an issue reported by any surrounding resident to us. Had there been, I would have been more than happy to settle it with the concerned parties as any responsible person would do.

As far as we are concerned, the entire area around our house was park-able and in no way a danger to the slow residential traffic that moves through the area. 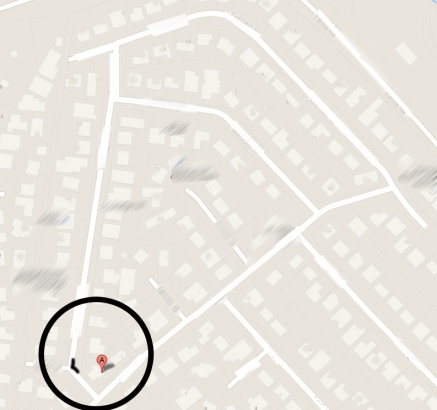 The area in question. (Updated Feb 2014: Better illustrating just how absurd the complaint really was. RING ROADS LIKE THIS DON’T GET MUCH TRAFFIC FLOW.)

The entire issue culminating in a penalty for $110 for parking at my own house, has been handled in a passive-aggressive manner by both council and the fuddy-duddy ratepayer in question. Had I continued to park in the yellow line gap pictured earlier, I wouldn’t even be writing this letter to you as it would have been a legal park that I passively-aggressively blocked from becoming illegal.

My conversation with the Polite Ticketing Officer™ also revealed that council had infact tried to book me with such an offense earlier in the week, unsuccessfully (I was out). Hence they tried again on a Friday night, a month out before Christmas, and very early in the morning – to maximize their chances of catching me yellow handed.

Unfortunately for him I was very much awake and willing to stand in the rain to tap on his window.

If council had written to advise of the parking alteration, and to request a change in our parking habits formally, I would have been happy to oblige – or request a review, such as I am doing now.

Council can do better than slap a ridiculous ticket on someone’s windshield, outside their own house, in a quiet residential area. A month before Christmas.

Nevermind that there was zero consultation on the change, and that I’m currently out of sustained employment. There are frequent visitors to our property, and this change negatively impacts our ability to host them comfortably. Instead of taking up a minimal impact corner, we’ll now be taking up more of the street entirely, further diminishing ‘traffic flow’ in the area.

I eagerly await your review, and response.

Will I get assaulted because of my blunt letter to residents? Will the anonymous coward pay for my ticket? Will said coward even apologize? Or will council waive the fine due to lack of consultation? (Doubtful.)

Find out in the thrilling conclusion!

Edit – Feb 2014: They responded with a demeaning quote from the Learner booklet about parking on a yellow line. Subsequently I’m being told to pay it. Jerk off neighbor wins.