I was conceived and eventually born in one of history’s most important years: 1987. Although nothing particularly important happened on my actual birthday, alot of important things apparently happened on the other days of that year. Ronald Reagan set an important challenge regarding the Berlin Wall; Wall Street rolled both ankles in a sharp fall; U2 released an album without being able to forcibly fist it into your possession; Michael Jackson daringly released a followup to Thriller; Star Trek warped onto television for the second time with The Next Generation – and something else; a fledgling series of animated shorts featuring a dysfunctional, yellow and four-fingered family first hit our screens. Well to be fair, it hit everyone else’s screens before it was turned upside down for the Australian audience, which finally saw the series premiere in 1991. The Ullman shorts probably never aired here apart from the brief extracts seen in The Simpsons 138th Episode Spectacular, but I digress;

The fact is, I too am a product of the 1980s and a child of the 1990s. Being born in the late 80s at least saved me from the heinous fashion decisions and some of the awful synth music that was entirely unacceptable, and for that I am forever grateful to my parents. Their timing was also likely responsible for my infatuation with technology. The foundations of today’s internet were laid in the 1990s, a period that was also primetime for Nintendo, primetime for Sega, primetime for the “death slot” and Fox with the X-Files, and primetime for your pride and joy: everyone’s favorite animated yellow family. And while I was busy Altavista-ing for easter eggs in Lucasarts games at a South Brisbane internet cafe, none the wiser to me (given Australian network delays) the Brooks, Simon and Groening spectacular was just hitting its stride. Sure, there were some bumps in the first two seasons, but the seeds had been planted and Bartmania was a spotlight flickering ever more brightly across the horizon.

The early years of The Simpsons really were something special. The various character quirks, characteristics and names – aspects of which are attributed to your very own family members – were also traits apparently relatable to a legion of families and fans worldwide. The rebellious and catchphrase-friendly Bart Simpson was as controversial as he was cutting edge – an underachieving rascal who didn’t give a shit, and one whose popularity would lead to an uncredited Michael Jackson co-producing the hit single “Do The Bartman” (released on Geffen Records. The very same label Nirvana ended up on.) That was just the beginning of a whirlwind of celebrity involvement throughout the series. That said, the ‘bad influence’ of Bart is easily countered by his over-achieving sister Lisa, his other baby sister and generally mute Maggie, and well to-do mother Marge, married to borderline-alcoholic and outright-bozo father Homer; somehow making the Simpsons just another average American family, sticking together through thick and thin.

(The actual music video is far superior, but Fox removed every single one on copyright grounds.)

I know Matt, I know, of course you aren’t entirely responsible for the success of The Simpsons. Like all good projects, you got plenty of help along the way and that’s totally fine. Creativity is fucking difficult, and the help often bring with them a wave of great ideas. People are quick to talk up Conan O’Brien’s involvement in the series, with writing credits on killer and important early episodes, like Marge vs. The Monorail – a season 4 episode featuring Leonard Nimoy that was arguably one of the first memorable episodes that I can recall from it’s first run airing in the 1990s; also one of many I would eventually VHS-tape illegally so I could hold my very own Simpsons marathons. And while Conan’s involvement wasn’t really that long on the series, his contribution (along with that of people like John Swartzwelder and Josh Weinstein) before leaving for Late Night helped cement the foundations of The Simpsons and an extensive cast of supporting characters, during what I personally would refer to as the golden era of the show. 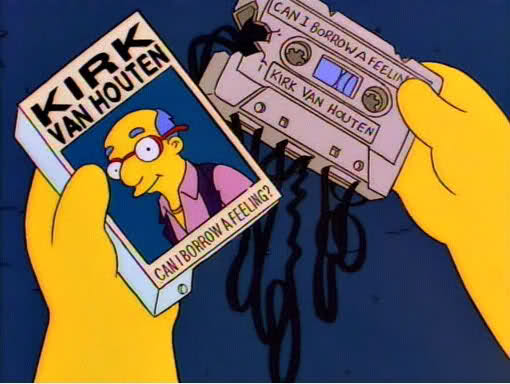 With spot-on social commentary and jokes for audiences young and old carefully mixed in together, the golden era of The Simpsons is home to so many of my present day quotes and references. As a student at 27, I am horrified when I mention something like “Super Nintendo Chalmers!” or “My god you’re greasy” and no one understands what the fuck I am talking about. And while my age differential is a sad reality of time and place, that reality isn’t actually the problem. The problem is this: my out of date and “obscure” references are not being replaced with new ones. Sadly Matt, that is what I am writing to you about. What exists today as “The Simpsons” is but a mere shell of the original beast of yesteryear. A fossilized carcass, kept alive in a manner not dissimilar of the celebrity jar heads of your other dearly beloved creation, Futurama. 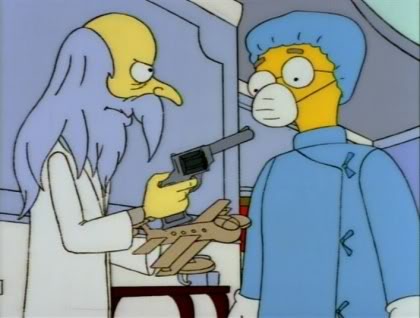 It’s 2014+ and as I’m sure you are well aware, “The Simpsons” is still alive. Sure, the quirky cast of characters and most of the voice actors remain (rest in peace Phil Hartman and Marcia Wallace) but the show today feels, well, kind of ghostly. No pun intended. Creating a show that went on to run for 26 years (the first episode of Season 26 just aired) is an enviable feat given the kind of creative investment and ideas needed to power the steam engine over that period. That creative total probably rivals the almost incalculable cash tally Fox has racked up from merchandising over that time period. For a series that still has your name on it, are you truly happy that it is continuing in this form? Or has it become such a cash-making behemoth that almost no one can stop it? My generation – and certainly yours – existed well before Google Maps, the Apple iPhone and cartoons in widescreen. As far as my personal opinion goes, “The Simpsons” should have ended with the Gameboy brand name. A Sopranos jump cut to black. A vaguely explained ending like fellow Fox Network 1990s stalwart, The X-Files (I don’t want to talk about the second movie). Matt, any ending would be better than this.

Just like the Enron Ride joke that I constantly refer to among friends as “the end” of The Simpsons as I knew it, the ‘satire’ of the situation is the show itself.

Matt I beg you, make it stop. Please. Surely you can do something. Traversing the internet while the 26th season of your show was in production revealed the ‘startling’ revelation that a character of some description was going to be killed off when the season opener premiered. Ohhhh shock! Who could it be!?!? The internet swirled in anticipation; until September 28 2014. I’m going to spoil it because no one needs to watch it. The “beloved” character was Krusty The Clown’s father, Rabbi Hyman Krustofski. I just… I don’t even… I was able to watch the newest episode and I turned it off after the first act. Don’t even get me started on the Family Guy crossover (Edit: Okay it actually had some good moments. You win this round, Seth.)

Do I even need to spell out what was wrong with the entire fascade? I do? One: We don’t give a shit about Krusty’s father, because he hasn’t really existed in an ongoing basis, and; Two: It was a dumb ratings ploy courtesy of showrunner Al Jean.

Matt, it really is time. Please. For the love of all of us – won’t somebody please think of the children of the 1990s, and the adults of today – I ask you, courtesy of a line read by Nancy Cartwright: