Well, I don’t hate this because it’s clever.

Have you ever been standing in front of someone that is quite clearly engaged in speaking – mouth movements and so forth – but your mind is so bored by what’s coming out that it just sounds like nothing? Not air, not white noise – just nothing. It’s as if your brain simply just blanks the audio to prevent you from hearing a sentence so utterly worthless in content, that you may as well have just kept minding your own business.

But you can’t. It’s a societal expectation that you acknowledge others, you know? But there’s a difference between acknowledging someone, and simply vibrating your vocal chords just because you feel like you have to. Surely you can’t sit there and tell me that you give a shit every single time you ask someone “How are you?”. You are merely saying it because it’s what you feel is expected of you. You don’t even think about it, you just execute it. In my capacity as a worthless hospitality worker, I’ve found that most people don’t even politely await your response to that question, let alone pretend or attempt to take in the real answer.

Imagine the level of worthless small talk you could have with the owner of this beast.

I don’t even provide a real answer 99% of the time. So what? We’re just teaching kids generation by generation to lie to each other on their first interaction? That’s prime parenting everyone. Generations and generations of liars and non-sympathizers. Gold stars all round.

Why ask such mundane questions in the first place? Being polite would involve simply saying “Hello.” and continuing on with your request in a polite manner. You’ve acknowledged them in a polite way already, meaning there’s no need for this pretentious “I care” bullshit. Because you know, and I know, that no one actually cares how anyone else is at any moment on any particular day. Especially if you’re strangers before said interaction. If you aren’t strangers and you do actually care, then good for you. I’m talking about everyone else.

We’ve basically taught ourselves over many many years to purvey a false sense of caring about each other, that’s as worthless as the carbon dioxide coming out of our mouths.

But my hatred of mindless small talk goes much further than a false introduction. You don’t merely have to be an unsympathetic liar to make meaningless small talk a reality! At the risk of a minor backfire, how’s this for starters:

Nice to see you on the right side of the bar for a change.

Get back to work, you’re on the wrong side of the bar!

What are you doing on this side of the bar!?

What are you up to today, not working?

*Lame joke about what drink someone wants with the implication that I should be getting it, followed by a statement from above*

This is an appropriate image representation of patrons found at my workplace.

If there’s a variation on this theme, believe me I’ve heard it. Yes, I get it – I’m at my workplace in a non-work capacity. Wonderful! It doesn’t take a neglectful parent, lazy person, someone that’s bad at ordering or even a degenerate gambler to notice that yes, a worker sitting at the bar of a venue in which they work, in a T-shirts and jeans, is probably not there in a work capacity. Why though, WHY is it necessary to mention it on a continual basis. MMMM YES, IT IS SO REMARKABLE THAT I AM NOT SLINGING PISS TODAY. SO REMARKABLE INFACT, THAT I MUST ENDLESSLY DRAW ATTENTION TO MYSELF BY SITTING THERE MINDING MY OWN BUSINESS. Fuck off.

To be fair though, this outburst is probably heavily related to the fact that the patrons of my current workplace literally have nothing else to sustain them in life, and therefore are not capable of discussion of anything unrelated, but I digress; It is still a major irritation to me.

Are you thinking about small talking? As nice as the weather might be – how light or dark it is outside, whether a storms coming or not, how hot or cold – or even drawing attention to some other obvious, but commonly agreeable thing going on around you – please at least think about choosing the most interesting topic of all those available. Small talk is a really mundane though sadly important period in conversation with other people and it’s not all bad, but as long as it’s not clearly underpinned with unnecessary and insincere questions like “How are you today?”, or pissing me off by stating the BLEEDING FUCKING OBVIOUS (over and over again), I might still be happy to fill an awkward five minutes of gap time with you. 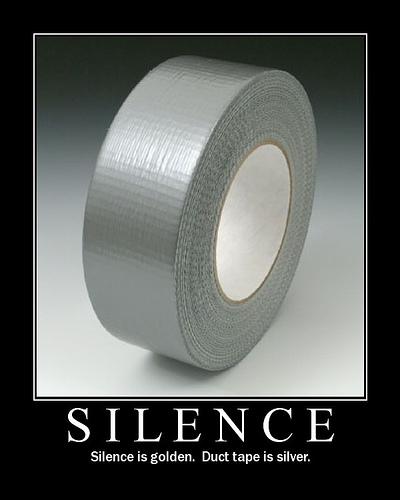 I really should stop with the worthless, though appropriate motivationals.